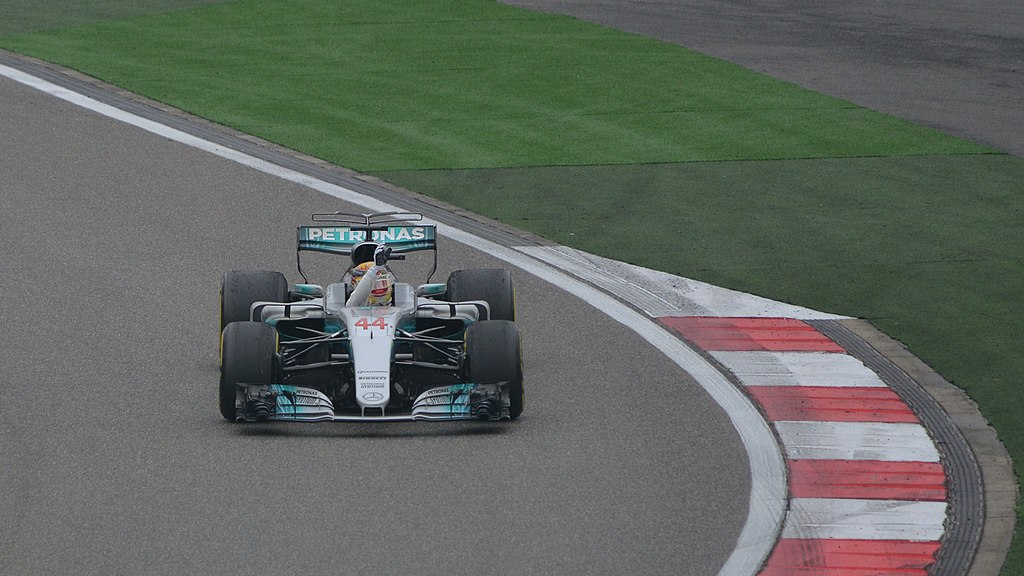 The more partisan British F1 fans could be forgiven for eyeing the road ahead with increasing unease, as the 2016 season begins its autumn run-in.

On the face of it, all is well. Lewis Hamilton is still well in the hunt for a fourth world title, Jolyon Palmer has improved his form after a poor start to the season, and European F3 championship leader Lando Norris, 17, tested a 2017-spec McLaren in summer testing this month.

You don’t have to go far beneath the surface, however, to see the malaise.

Palmer’s start to his sophomore season has been truly woeful, particularly measured against his Renault teammate, Nico Hulkenberg, in terms of raw pace. Norris only stands a chance of bagging a McLaren race seat if Fernando Alonso departs, which he’ll only do if the McLaren he’s vacating is uncompetitive.

And there is the lingering (far-fetched) suspicion that Hamilton may retire sooner rather than later, so fervent and varied are his interests beyond motor sport. His winning grip has certainly slipped, being beaten to the 2016 title by his teammate and seeing his Mercedes team pegged back by Ferrari so far in 2017.

The current problems come at the end of a long decline in British participation at driver level, while the majority of the teams have continued to base themselves in the UK.

The numbers of British drivers has been on the wane since pre-qualifying was dispensed with, and the field narrowed to a more familiar and manageable number between 20 and 26 (i.e. since 1993).

Such representation has never since been matched.

It looks like the Brits have tried to pick things up this decade after an underwhelming Noughties, having enjoyed that terrific showing in the Nineties.

Of course, the sheer number of British drivers doesn’t necessarily tell the whole story. Seasons where only a couple of Britons raced but fared well would be considered better than those where five or six all did dreadfully. After all, Britain had two different world champions at the end of the Noughties (Hamilton [’08], Button [’09]).

To help distinguish the good seasons from the bad, we can calculate the percentage of the points available in a season that British drivers took home.

The Nineties look even more like a golden age from this angle. After Coulthard and Irvine lost out on the 1999 title to Finland’s Mika Hakkinen, British drivers couldn’t muster anywhere near the same share of points for more than a decade. And 1995 remains a high-water mark for the post-pre-qualifying era (if you will).

Even this doesn’t show us when certain drivers are responsible for a disproportionate number of the points, though. Take the upturn in British points share this decade; anyone with even half an eye on the sport could guess that Hamilton has been doing most of the legwork since his move to Mercedes in 2013.

This decade there have been six different British drivers competing at one time or another. Sadly, Hamilton and former teammate Jenson Button have accounted for the vast majority of British points in these eight seasons.

The rest – Paul Di Resta, Max Chilton, Will Stevens and Jolyon Palmer – have chipped in next to nothing, by comparison.

Palmer’s season-and-a-half in Formula One has yielded a solitary point so far. In three years in F1 with Force India (’11, ’12, ’13), Paul Di Resta managed 121 points – fewer than each and every one of Lewis Hamilton’s single-season totals this decade.

With Button ‘on sabbatical’ and, in any case, with his McLaren team continuing to fail in making a competitive car, the British burden has fallen to Hamilton alone. He accounts for all 188 of Britain’s points at the halfway mark of 2017.

Drivers have been given their P45 for performing much better than Palmer has in 2017, a season in which he has earned the ominous nickname ‘Joly-off’.

That would leave Hamilton as Britain’s only representative on the grid in 2018. At this stage of the season, it’s hard to see where another British driver might come from.

How insane was that? Thanks @McLarenF1 🙌🏼 pic.twitter.com/oGBrbbuSAP

Norris is an admittedly exciting prospect, but 2018 is surely too early for him. F1’s 2017 rookies – among them 18-year-old Lance Stroll – have struggled relative to their teammates. Predictable, you might think, but not a problem that champions-to-be have often suffered from before. Their troubles might dissuade teams from looking at young blood again so soon, particularly given the physical demands of the new cars.

With the demise of the ‘new’/’small’ teams first drafted in 2010, the sport is also lacking opportunities for rookies to take the plunge in its skeletal, 20-strong field.

Then, who else appears likely to make an impact on F1 for Britain in the future?

Oliver Rowland sits 2nd in this year’s F2 championship, but he’s already 25 – practically middle age by modern F1 standards. Some drivers have had their chance and been spat out by the sport at this point.

Earlier this season, Oliver Turvey was tasked with handling McLaren testing duties in Bahrain; Turvey turned 30 in April. Meanwhile, 18-year-old Daniel Ticktum is a step behind some of his fellow countrymen, racing in Formula Renault 2.0 in 2017 after serving a year-long ban in 2016.

Even if Norris can fill Hamilton’s sizeable racing boots, and even if the pair of them can be competitive in F1 at the same time, Britain will likely remain some way short of its historical standard for some years to come. Patriotic British F1 supporters will be hoping that the likes of Russell and Aitken can succeed where the likes of Chilton and Stevens have failed – staying in F1 and working up to competitive drives.