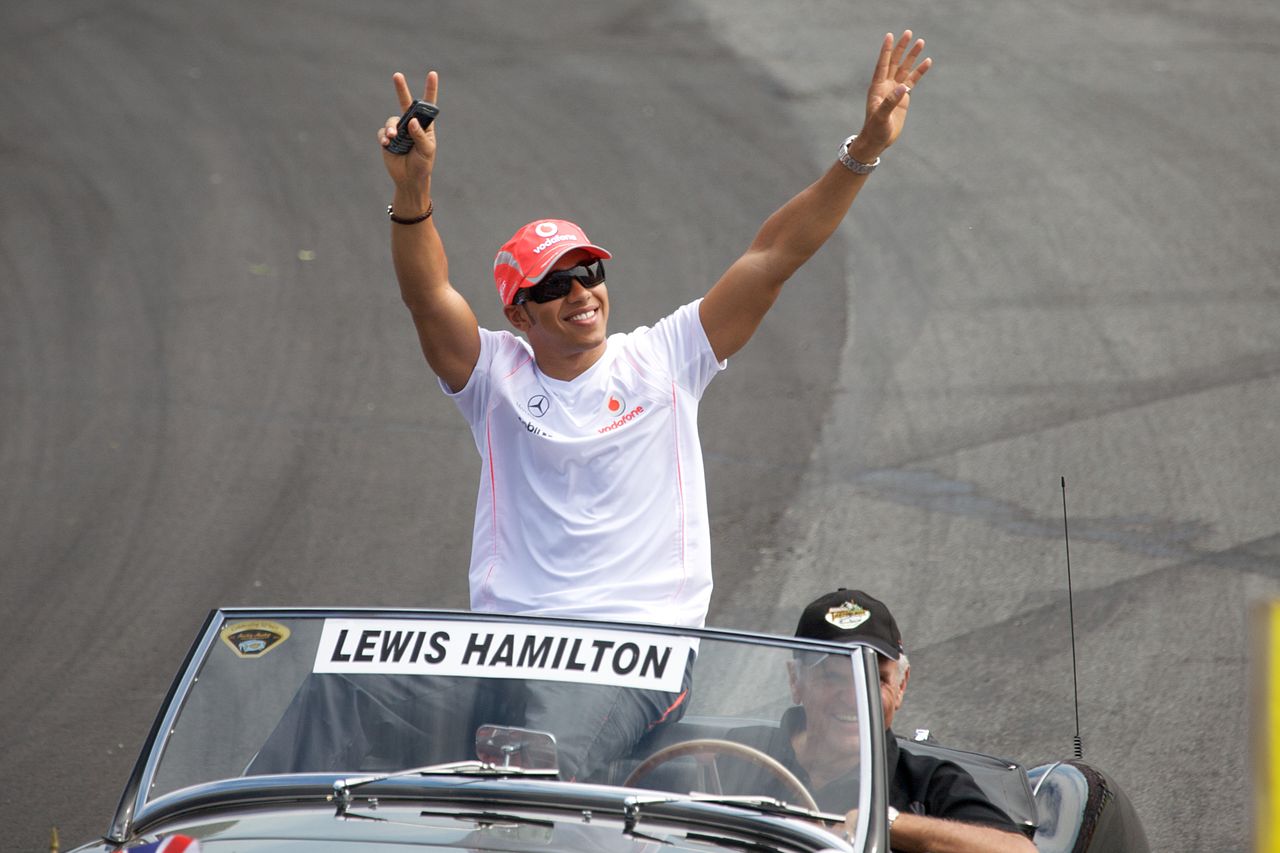 Lewis Hamilton appeared to suggest after the Azerbaijan Grand Prix that Sebastian Vettel can’t handle pressure, as the 2017 title race heated up in a big way in round eight.

The comments, made after Vettel had barged into Hamilton in a moment of anger under the Safety Car, are all part and parcel of the mind games at the top of Formula One. Though Vettel’s temperament is worth calling into question, it’s a bit rich of Lewis Hamilton to call anyone out for not being able to handle pressure.

Of course, there’s lots that the British champion can handle. Winning from lights to flag; pulling out a brilliant, last-ditch pole lap in qualifying; trying to take the lead on the last lap – all things Hamilton has proven himself apt for. But handling the pressure of a title race? Not so much.

Let’s comb through those title campaigns…

Back in the days when you only got 10 points for a win, Lewis was 17 clear of eventual title-winner Kimi Raikkonen with two races to go in 2007.

He stayed out inexplicably long on wet tyres worn down to the canvas in the penultimate race in China, before sliding off and out in the pit-lane. Then, at the final round in Brazil, Hamilton dropped from 2nd to 4th off the start, which became 8th when he ran off the track trying to repass teammate and title rival Fernando Alonso.

The car then suffered a mysterious temporary gearing glitch that dropped him down the order. He finished 7th, far adrift of the 5th place he had needed.

OK: rookie season, it’s understandable. And if the team had insisted he pit in China, or if the car hadn’t failed in Brazil, he may still have stumbled over the line.

Hamilton won his first title in ’08, often despite his best efforts.

He won only one of the last eight races, to the three won by rival Felipe Massa. In those eights Grands Prix, the Brazilian also suffered much the worse of the reliability issues (cf. Hungary and Singapore).

In the final race, in the drizzle in Brazil, Hamilton again only needed 5th place to win the title. While Massa won serenely from the front, Hamilton made a mistake late on and dropped to 6th.

Though he famously overtook Glock – who was tiptoeing to the chequered flag on slicks in ever-dampening conditions – at the last corner to win the title, Hamilton’s mistake under pressure had caused him to rely on good fortune much more than he should have needed.

Hamilton’s spectacular implosion in 2010 is rarely talked about now, dwarfed by the subsequent battle between Alonso and Vettel and indeed by the Briton’s achievements in other seasons.

But, with six races remaining that year, Hamilton led the championship. He was a whopping 31 points clear of eventual champion Vettel, 41 ahead of runner-up Alonso; Hamilton eventually ranked fourth in the end-of-year points standings.

What set him on the road to ruin was the double-retirement that began that six-race run-in, in Italy and in Singapore. Rash moves while sparring with other drivers resulted in damage to his McLaren car that forced him out of the race on both occasions.

Hamilton’s reliability problems in 2016 are a valid factor in his failed quest to win a third straight title. But they are not the reason he lost it.

People tend to point to the five-point margin separating the Briton from his championship-winning Mercedes teammate Nico Rosberg, then they add 25 points onto Hamilton’s total for the engine failure that cost him the win in Malaysia. But that’s not how it works.

It is absolutely no coincidence that, with four races to go, Rosberg had finally got himself in a position where he would win the title if he finished 2nd to Hamilton in all remaining Grands Prix – and lo, that’s exactly what happened.

The Briton won each of the last four races of the season to no avail. Rosberg won the title by that narrow margin, having eliminated all unnecessary risks.

It was a case of ‘too little, too late’ from Hamilton, who had failed to turn up in Singapore and choked off the line from pole, dropping to 8th, in Japan. Notwithstanding his (ahem) ’75-place grid penalty’ in Belgium for burning through too many engines in the year, Hamilton’s five-race winless run after the summer break cost him the title.

The press had already given it to him in the summer, following the German Grand Prix.

The Telegraph had it that: “The momentum is all with the three-time champion, now the overwhelming favourite to make it four.” The Guardian went further:

[Hamilton] controlled the race from the front with the manner of a man about to win his fourth world title.

The summer break is now upon us and Rosberg, tough though he is, might spend it reflecting that his holy grail quest for a first championship will probably have to wait for another year.

That’s pressure. And Hamilton failed to handle it.