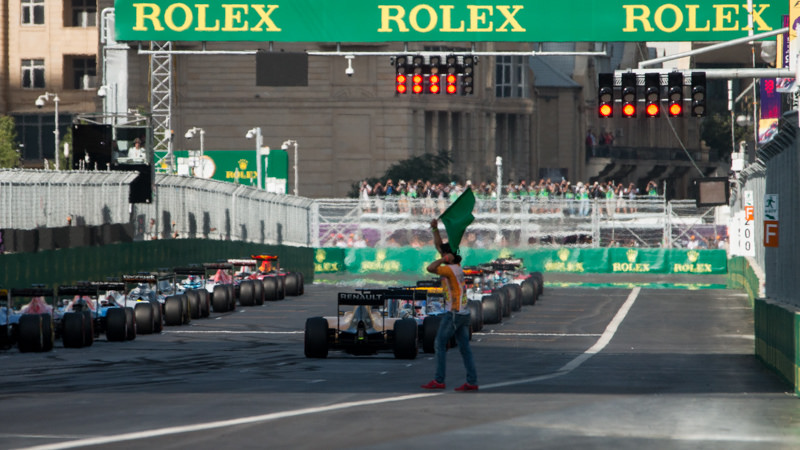 Following the Azerbaijan Grand Prix, I thought it best to give a picture of how drivers are shaping up compared to their teammates after eight rounds of the 2017 season.

There are a few simple data points we can begin with, and this hopefully illustrates the kind of work this blog will feature in future.

It’s an oft-repeated mantra in F1 that the first person a driver has to beat is his teammate – the guy across the garage, working with [ostensibly] the same machinery.

Points earned on race day are ultimately the key metric by which drivers are judged and this will be considered in turn. But there are all sorts of mitigating circumstances that can affect a driver’s points total – how do they compare on one-lap pace, in qualifying?

After eight rounds, here is the ‘score’ of how many times each driver has outqualified his teammate:

Predictably the ‘rookies’ – Ocon, Vandoorne and Stroll – are faring badly against their more experienced teammates (if you accept a ‘rookie’ to be someone who has not previously completed a full season in F1).

But who is faring worse? Jolyon Palmer at Renault, in his second year in the sport. Nico Hulkenberg is wiping the floor with him, outqualifying him 8-0.

If we look at the mean average grid position for each driver, the ‘grid’ for the season looks like this:

Note Hamilton trailing in 3rd on this ‘virtual grid’, despite his superior number of pole positions. This is pretty much entirely due to his qualifying shocker in Monaco, where he started 13th (qualified 14th).

Ricciardo is ahead of his Red Bull teammate Verstappen despite being outqualified 3-5. Both have had their share of issues in qualifying, both mechanical and self-inflicted (case in point: Ricciardo’s qualifying crash in Azerbaijan this weekend).

Also see Palmer, again, languishing at the back. Nobody else is as far behind their teammate in this ‘virtual grid’ of average positions than the nine places that separate Palmer (18th) from Hulkenburg (9th).  Stroll (15th) is eight places adrift of teammate Massa (7th) – but the 18-year-old Canadian rookie can now point to a debut-season podium finish after Azerbaijan. Palmer has never finished in the top three in his 29 career starts.

I hope this is a good overview to kick things off with on this blog, and you’re able to spot some things in this top-line data that might not have been so obvious before.

There are obviously a lot of mitigating circumstances, which I’ve only briefly touched upon. In time I will be making more considered arguments based on the data I’ve cobbled together. For now, I’d just like to get up-and-running with some solid, informative posts.

One thought on “Teammates compared, after the Azerbaijan GP (part one)”